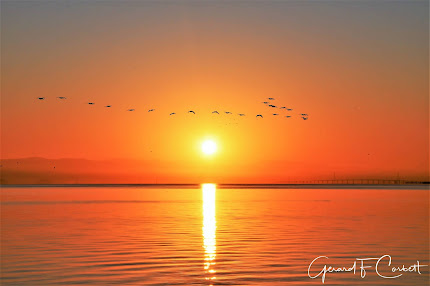 Ageism is getting old. “Long on experience” used to be a badge of honor. Oh how times have changed. Ageism, the practice of sunsetting experienced pros, has been with us in the work force for many years but today has become a routine practice in technology and many other industries. For many of us it is the pause that perplexes. Our November 20 Friday Forum featured Patty Temple Rocks and Scott Monty to discuss and dissect strategies to rise above ageism in the workplace and thrive.

Patti Temple Rocks is the author of I’m Not Done: It’s Time to Talk About Ageism in the Workplace. Her book, an Amazon bestseller, was ranked as one of INC Magazine 9 Books Every Professional Should Read in 2019 and Kirkus described her book as a “compelling argument and a spirited call to action against workplace age discrimination.” Patti is also Forbes contributor and public speaker. In close to four decades in the communications business, Patti has held senior leadership positions in four different areas of the industry: PR, Advertising Corporate and Start-up. Patti is known as an inspirational leader, innovative thinker, problem-solver, growth driver, passionate brand steward and both an agent for change and a counselor during that change.

Scott Monty is an executive advisor, speaker, and Neoclassical strategist who's a recovering Fortune 10 executive. He advises corporate executives and boards on modernizing their culture to meet the changing needs of customers, but does it with examples of history, literature, philosophy and poetry. Together with his ability to trend-spot, he shows teams and audiences that the key to our future is in understanding timeless wisdom about human nature and focusing on integrity. From 2008-2014, Scott was the first global head of social media and digital communications at Ford Motor Company, where he helped turn the company around. He served as a strategic adviser across a variety of business functions, leading the company's global social media strategy. Alan Mulally, the CEO of Ford Motor Company, called him "a visionary." With another decade of experience in communications and marketing agencies, Scott has advised clients that include Walmart, McDonalds, IBM, Coca-Cola, and Google, among others, and The Economist ranked him as #1 atop the list of 25 Social Business Leaders. 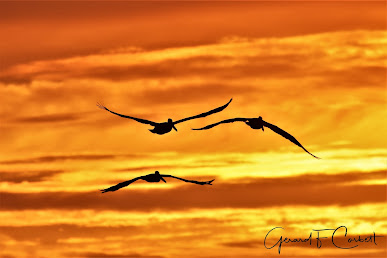 Top tips from Patti and Scott:

Patti points out that the Covid-19 Pandemic has caused a serious setback in any progress the industry has made in improving the environment for senior level professionals.   As Patti noted we are all a collection of skills and experiences. We have to know how to translate what we have done and move away from chronological list. Don’t buy into the chronological resume. Everyone brings value to the table in different ways. Identify what makes you stand out and craft your resume appropriately.

Craft a Narrative to Make People Feel Something

As Patti and Scott both emphasized, we are all storytellers. Customize your resume in a way that will make people feel something and take action. Craft a narrative that positions you for the specific opportunity you are seeking and will differentiate you from everyone else. What’s to stop us from doing something very distinctive? It demonstrates initiative, creativity and uniqueness.

As story tellers we often find ourselves carving a very unique pitch to grab the attention of a journalist or reporter. Job search can be thought of and acted on in that same vein. Customizing your resume is hard work but will help. Scott cited two such examples that illustrate the point. One job seeker created a targeted Google ad directed at a specific hiring manager. And when the hiring manager went to search for a particular term, a link to the job seeker’s portfolio appeared and included a narrative by the job seeker on the rationale for their interest in the company. In another case, an individual created a podcast episode that was placed on iTunes with the link transmitted to the hiring executive. These unconventional techniques can be the unique device to get a hiring manager’s attention.

One of the biggest problems with Ageism says Scott is that people make assumptions on what work someone older is looking for. It is unfair to assume just because someone is older that they expect a higher salary and seniority. Hiring managers and candidates alike need to communicate and manage expectations. Scott recommends using five magic words, “Tell me more about that.” We are more than a single dimension. We need to seek to understand in order to be understood. It is time to move away from assumptions and explore outside of the norm communicating openly and effectively to get through to the person on the other side of the interview table.

Let’s face it, job boards are more like “Job Bored.” The chances of landing a new gig from a job posting are likely slim to none. The network is the way in. Chances are by the time a job is posted it is likely filled. Work your network hard and seek to find the actual hiring manager and then look at your connections to see who can open the door to the appropriate person. Put on your Sherlock Holmes hat and seek out everyone who can make short work of a hard reach.

Consider creating something that uniquely fits work you can do and fashion a method that enables you to convincingly approach an employer. It could be a part time gig for a task that you can do in a time frame much shorter or at a cost much less than a full time employee. Patti cited a case where pharmacy firm CVS created positions for people looking to work less months out of the year and wanted to work in the South where CVS was seeing increasing demand at certain parts of the year due to population shifts. That said, you should never sell yourself for less than you are worth but you can create a different job. Considering flexible opportunities can be a win-win for everyone.

Gerard “Gerry” F Corbett “ Corbett is Chair and CEO of Redphlag LLC, a strategic public relations firm focused on helping people and companies define and communicate their intrinsic value. Gerry has served 50 years in communications and technology roles with Fortune 200 firms and NASA.  He serves on the board of advisors of Infinite Retina and the Museum of Public Relations. Gerry served in leadership positions at Producers Forum Inc., Hitachi, Loral, ASARCO, Gould Inc., International Harvester, National Semiconductor, Four Phase Systems and the National Aeronautics and Space Administration.

Gerry most recently was branding instructor in the Entrepreneurship Program at the University of California at Berkeley, Extension and an adjunct professor of PR at San Jose State University. He was Chair and Chief Executive Officer of the Public Relations Society of America (PRSA) in 2012, a member of its College of Fellows, served on its board for eight years and joined PRSA as a PRSSA member in 1974. Prior to Redphlag, he was vice president of Branding and Corporate Communications and general manager of the Web Strategy Center of Hitachi, Ltd. He launched his career in Silicon Valley as a scientific programmer at the NASA Ames Research Center. A native of Philadelphia, Pennsylvania, Gerry has a B.A. in public relations from San Jose State University and an A.A. with a major in electronics engineering from the Community College of Philadelphia. 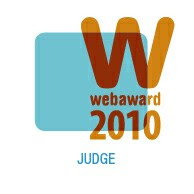